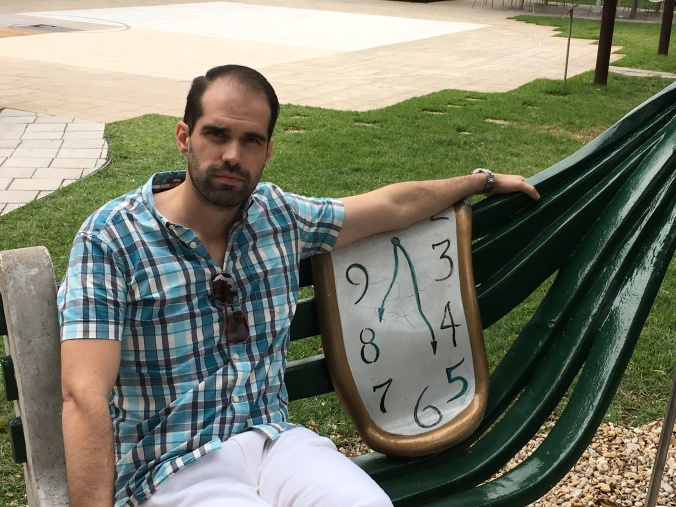 I recently vacationed in St. Petersburg, Florida, a town that remains immune to what the rest of Florida has become. Think of it like a tropical Portland. And one thing it does not lack is culture, including a museum dedicated to my favorite visual artist and hero Salvador Dalí. In the course of my stay, I went through the entire exhibit three times over two different days, studying every painting. 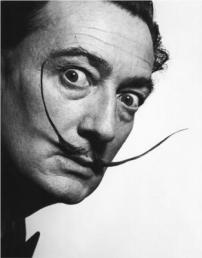 For those who need a refresher, Salvador Dalí was a painter, filmmaker, photographer, designer, and more, most known for his contributions to the Surrealist Movement of the early 20th Century, a movement which didn’t fully accept him, and eventually banished him. Ironically, he is the best known among their number (in part because of his often criticized self-promotion). The St. Petersburg museum is made up of a private collection of over 2,400 of the artist’s works owned by Reynolds and Eleanor Morse, who were friends of the artist.

Before we go any further, I should mention that I am in no way an expert in art. This is just what I picked up.

The collection follows the progression of Dalí’s almost 70-year career, from the Impressionist paintings of his youth (some from as early as age 10) to his discovery of Modernism, his Anti-Art phase, Surrealism, and finally to his later period that he dubbed “Nuclear Mysticism.” The evolution of his style gives the impression that five different artists painted these works. 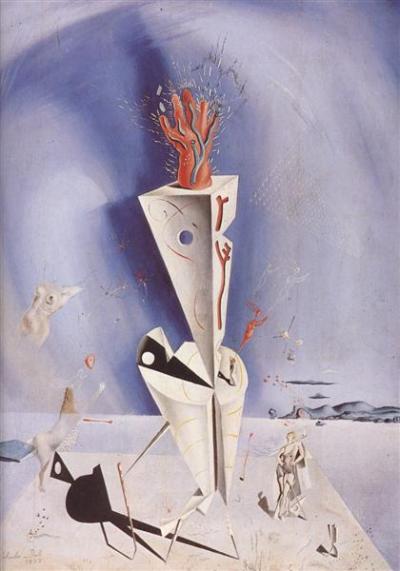 Dalí combines technical brilliance with the most amazing imagination I have ever seen in art. Every detail means something, some obvious, others hidden and convoluted. It takes the eye quite some time to take it all in. Each time I passed through the exhibit, I saw new details, new perspectives. Many paintings were what he called “double images”—the canvas showing one thing up close and another when you step back. It would take dozens of visits to discover all the nuances.

Of course, the Surrealist paintings were my favorite. Here we find images as bizarre as a skull sodomizing a piano or a macrocephalic man milking a harp made from a brain—most set before vast Renaissance-style landscapes. His signature image of melting clocks appears multiple times. If you look closely in many paintings, you’ll see a man in the distance that represents Dalí’s father (the artist had daddy issues). 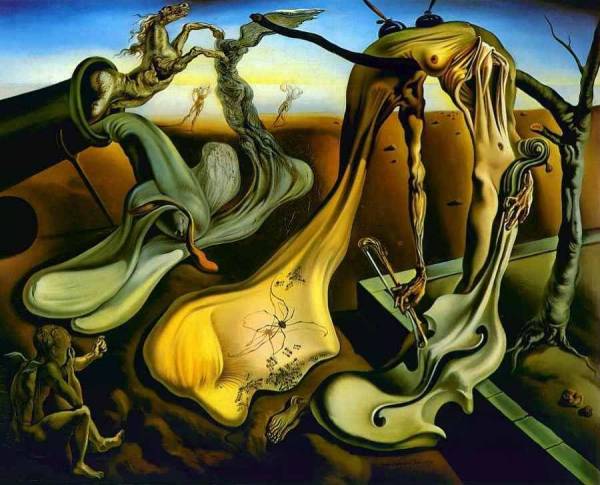 “Daddy Longlegs of the Evening–Hope!” (My favorite of the exhibit)*

Dalí had a penchant for incredibly long titles, which I found amusing. Titles like Fountain of Milk Spreading Itself Uselessly on Three Shoes and Dionysus Spitting the Complete Image of Cadaques on the Tip of the Tongue of a Three-Storied Gaudinian Woman. His famous lobster telephone was there as well, which I learned was in fact a tribute to Vincent Van Gogh (after all you could easily lose an ear if you used a lobster as a telephone). 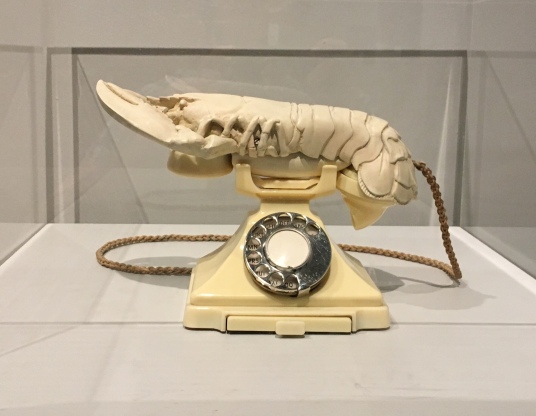 Going in, I knew nothing of Dalí’s later Nuclear Mysticism period. But I was soon entranced. In it, he combines spirituality with art and science, for instance, using molecular structure and DNA helices in Catholic imagery. These paintings are massive (up to 10 feet tall), each taking Dalí a year or more to paint. 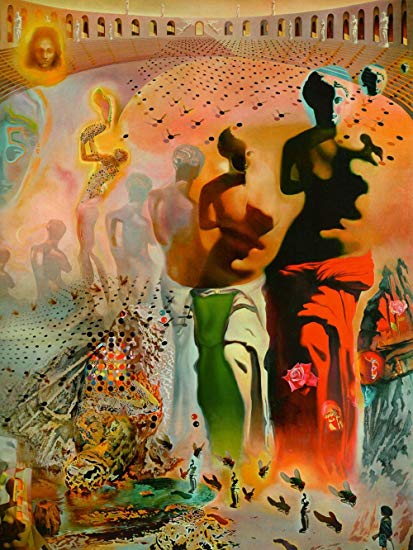 “Hallucinogenic Toreador,” an example of Nuclear Mysticism (Can you see the double image?)*

Salvador Dalí once said, “A true artist is not one who is inspired, but one who inspires others.” There is no better description of what this collection does. If you find yourself in the St. Petersburg/Tampa area, I cannot recommend this museum enough!