A Look at My Latest Novel 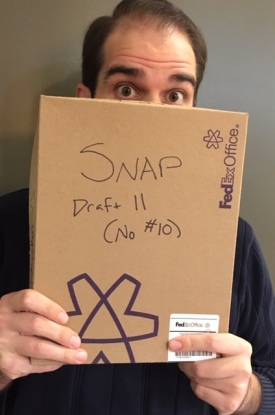 My least favorite question in the world: “What is your novel about?”

I realize people are being friendly and interested and I should feel flattered, but God does it annoy me. Compacting 70,000 words into a few sentences is helpful when courting a publisher, but my succinct, rehearsed answer is never enough for the random interlocutor. I either have to explain what I “mean” or answer a series of follow up questions that destroy the mystery of the novel. I now politely change the topic to avoid answering that dreaded question.

With that rant out of the way, here is what my novel Snap is about:

Blake feels like the only person in the world.

Depressed and obsessive, the unemployed ex-student spends his days drifting around Seattle like a specter, rejecting help, repressing his desires, and finding cold comfort in emotionally cauterized routine.

Then in a literal snap of frustrated inspiration, Blake realizes he has the power to change. And eventually, power over everything and everyone.

He gets the girl of his dreams. The beautiful, charismatic friends he’s always wanted. Revenge on his childhood enemies. Wealth beyond his wildest dreams, and complete freedom from worry.

And none of it makes Blake a bit happier.

Snap is a parable of loneliness, partially based on my own experiences (though Blake is not me). I faced a serious illness in my teenage years, forcing me into solitude. Like many who have felt powerless, I dreamt of the exact opposite, and Snap was born. As I wrote it, I discovered the “flaws” of omnipotence and realized that I was not only comfortable but happy as my powerless self. 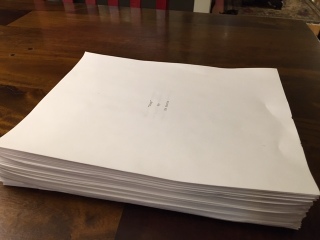 I want to share Snap with the world and bring its message to others who feel powerless and lost.

Snap is the first novel that I’ve submitted to publishers. It’s received one rejection so far (as is to be expected) and is currently at another publisher, waiting for acceptance/rejection. Cross your fingers for me!

4 thoughts on “A Snapshot of SNAP”