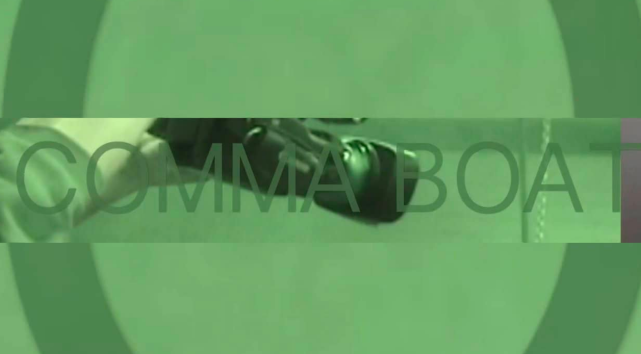 Back in 2015, I was starved for the bizarre. I had yet to discover bizarro fiction and so I searched endlessly for anything to sate my obsession. It so happened that I attended the “Pop Departures” exhibit at the Seattle Art Museum around that time. Among the Warhols and Lichtensteins was a small curtained-off room where a film played across three screens. The film was Comma Boat by artist and filmmaker Ryan Trecartin.

I sat through the thirty-three minute film twice. There I was among the titans of Pop Art and yet I was captivated by the surreal chaos playing on the screen by an artist I had never heard of. When I returned home, I found Comma Boat on Vimeo and proceeded to watch it nine more times over the next month. 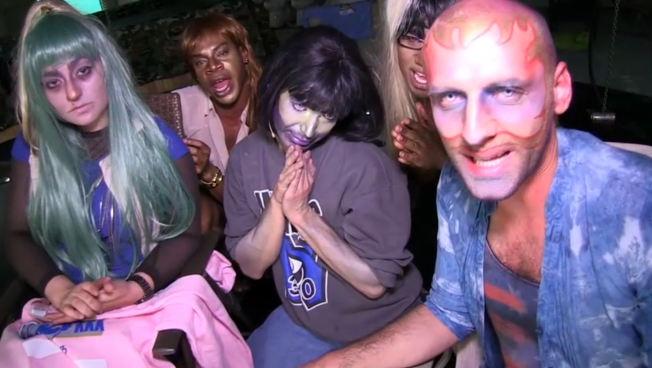 Described as a “speed-induced version of Waiting for Godot for Generation Y,” Comma Boat parodies reality TV shows as it follows the rehearsal of a performance where nothing is accomplished, no progress made. All the while, the large ensemble of bizarre characters—including Trecartin himself—strive for attention and screen time.

Saying the film is fast-paced would be an understatement. The three cameras (held by the actors themselves) jump around, scenes and angles flashing at a frenetic pace. Yet all this chaos has been masterfully assembled. I can’t tell you how Trecartin did it. The film has three different perspectives on three screens, so the eye must travel back and forth. Unfortunately, the Vimeo video focuses only on one screen—a real deficit for online viewers. 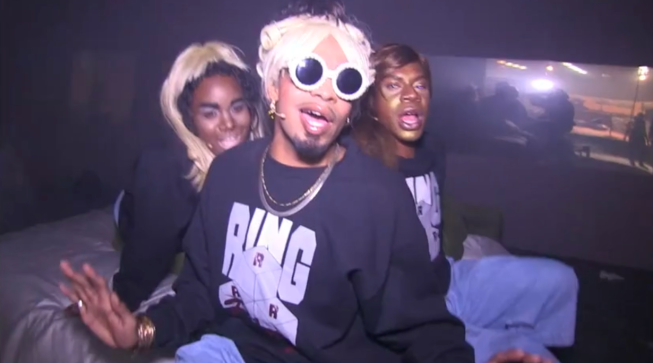 More than the frenetic visuals, it is the dialogue that stands out. After all this time, I can’t figure out if it’s scripted or adlibbed. Humor abounds, earning numerous guffaws every time I watch. Some of my favorite lines:

“One of best ways to learn about our ancestors is to indulge in a little bit of first level sexism.”

“A sea urchin got wasted and fell into a trash can and discovered things like prescription drugs.” 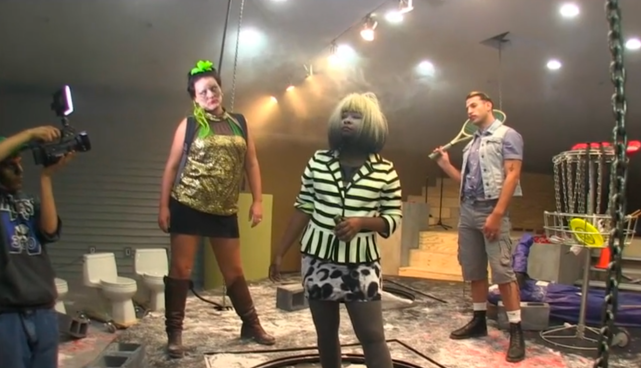 In Comma Boat and Trecartin’s other work, gender is fluid, what he calls “gender indifference.” Through crazy make-up, wigs, and oodles of colored contacts, the actors’ gender is blurred. As Trecartin describes it:

“They might be subscribed to an idea of masculinity and femininity or whatever, but it’s a subscription you can cancel.”

I’m not going to claim I understand all that goes on in the movie or what it exactly means, but I know this is the epitome of bizarre film. If you have any inclination towards the weird, I suggest you watch it. Just a warning, it might be the weirdest thing you’ve ever watched.

You can view the film in its entirety here:

Screen captures from “Comma Boat” are included here under Fair Use