There are numerous bizarre classics out there that existed long before “bizarro fiction” was a thing. From François Rabelais’s Gargantua and Pantagruel of the 16th Century, all the way back to the plays and myths of the Greeks.

Today I thought I’d share four of my favorite “bizarre” classics, all from the 20th Century (I may do older works in the future). I realize many of you have read some if not all these books. If you haven’t, I recommend them all. And if you have, I urge you to reread them. They are classics for a reason. 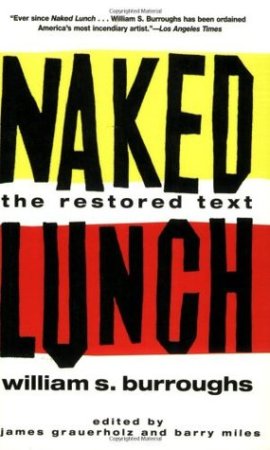 Burroughs was my true introduction to the bizarre. Not “oh that’s kind of odd”—no, I mean the batshit crazy “what the hell is going on” type of bizarre. It’s hard to classify. It’s not really a novel, not a collection, but a string of vignettes tied together with reoccurring themes and characters. The first time I read it, I made the mistake of treating it as a continuous narrative, frustrating me to no end. Instead, I recommend sitting back and absorbing the amazing imagery that Burroughs’s drug-addled mind created. 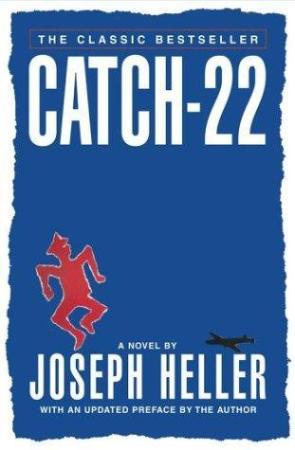 Despite being the most read of all these books, I still had to put it on the list. This novel certainly earns a place in my top five favorite books of all time. Think of the book as a wonderful soup. For stock, it starts as a powerful anti-war novel set in WW2 about US bombers over Italy. Heller throws in his a peculiar brand of humor (I can honestly say I’ve never laughed harder at a book), then sprinkles in some of my favorite characters in literature. And finally adds a dash of absurdity. He then mixes it together, transforming a linear storyline into a series of non-chronological scenes that fit together perfectly. It’s earned its place as a great American novel.

Too Loud a Solitude by Bohumil Hrabal (1976)

The Czech writer Bohumil Hrabal is part of the trinity of my favorite authors. It was hard to pick only one of his works for this list, but I ultimately settled on this story of a trash compactor with an obsession for discarded books. Hrabal wrote many of his great works while persecuted by the Czechoslovakian government, a theme quite evident in this slim volume. While not as “bizarre” as the others on this list, it has the same hint of preposterousness and twisted reality present in all his work.

It wouldn’t be a list of bizarre classics without Kafka. His novel The Trial is, in my humble opinion, his best work. Not only is it one of my all-time favorite books, it’s listed by Le Monde as the third greatest book of the 20th Century. Most astounding of all: this book was never finished. Ever had a frustrating go-nowhere day at the DMV? Well, imagine that instead of getting your license renewed, you’re on trial for a crime kept secret from you, trying to clear your name and getting nowhere, as you leap over one bureaucratic hurdle after another. This book will entrance you and the fact that it has no ending won’t matter, for the experience of reading it will be well worth it.